Apostle Thomas Wesley Weeks, Sr., was born in Boston, MA to Bishop and Mrs. Thomas J. Weeks. His education includes receiving a BA in Business Administration and a MA in Urban Affairs from Boston University, a Master of Divinity from Luther Rice Seminary, Atlanta, GA; and later receiving an Honorary Doctorate Degree from Aenon Bible College. Apostle Weeks is a well-known seminarist and speaker on both the national and international levels. He loves to minister in the areas of marriage and relationships and in the area of leadership. Apostle Weeks is well sought after in these realms of ministry.

Apostle Weeks is the Presiding Prelate of New Destiny Fellowship International (N.D.F.I.) and he is the Pastor of New Destiny Fellowship. As a great man of faith and Father in the Lord, Apostle Weeks heeded to the call of God to start a church in Wilmington, DE, where he has been pastoring for nearly three decades. As Presiding Prelate, Apostle Weeks’ passion is to train and mentor leaders, ministers and new pastors and their spouses. Apostle Weeks’ personal ministry, TWW, Sr. Ministries, has annual Ministerial and Leadership Conferences that address these concerns and interests. TWW, Sr. Ministries is also well known for hosting the Praise Power Celebration Conferences.

Apostle Weeks is an administrative and mentoring genius. He has exhibited this special gift from God throughout his life. Apostle Weeks began his career in the Wilmington area as Assistant Deputy Director of the Wilmington Housing Authority Urban Renewal Program in the 1970s. He became Delaware’s first Director of the State’s Office of Minority Enterprise, working in that capacity until 1974, when he accepted the position of Deputy Site Manager for the Rand Corporation of the Housing Allowance Program in South Bend, IN. After serving one year, he became the Site Manager for the Rand Corporation and Chairman of the Board.

Apostle Weeks served as the Chairman of the Wilmington Housing Authority Board of Commissioners, Wilmington, DE for seven years. In the community, he is a well-respected leader who has touched the lives of other leaders in church as well as the State. He has attained many honorary proclamations and awards from colleges and church organizations, as well as government and community organizations. Apostle Weeks recently received the Alumni Achievement Award from Boston University, and served as their 2003 Graduation Speaker. Apostle Weeks presently serves on the Advisory Board for Met College of Boston University, Boston, MA. 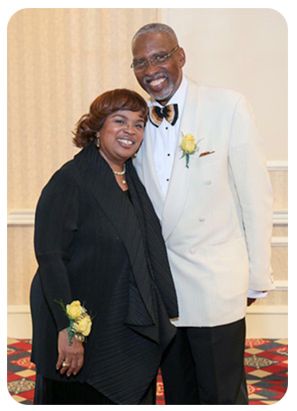 Under the umbrella of the International Organization, the Pentecostal Assemblies of the World (P.A.W.), he was ordained as a bishop in 1987. He first became Diocesan of the Caribbean District in 1987; then as Diocesan of the New Jersey District Council from 1988 through 1996. From 1996 through 2000, he served as Diocesan of the DC, Delaware and Maryland District Council. He also served the P.A.W. as the International Young People’s President (1976-1982), Assistant General Treasurer (1982-1987) and served as Assistant Presiding Bishop of the P.A.W. (1996-1998) and President of Aenon Bible College (1984-1992). In the year 2000, Apostle Weeks founded New Destiny Fellowship International (N.D.F.I.); a fellowship of churches both nationally and internationally. New Destiny Fellowship International consists of almost one hundred churches in the United States, and over 300 churches overseas. At the 2003 NDFI Keepers of the Flame Conference, Apostle Weeks was ordained an Apostle by his Father in the Lord, Apostle Mark Hanby.

Apostle Weeks has a vision for energizing the entire Christian world for global soul saving. He is a man from very humble beginnings who has risen to greatness and success. Through it all he still remains father, pastor, leader, mentor and a good friend. He has the greatest wife on this side of Glory, Dr. Leona Brown Weeks. She never complains and has been by his side from the very beginning. Apostle Weeks states, “She is the reason for my success—she is the apple of my eye.” Apostle and Dr. Weeks have been married for 45 years. From this union they have two sons, Thomas, Jr. and Abdullah Azeez. Apostle and his wife have and three very lovely grandchildren: Sydnie, BaDia SaFa, and Zion.

Fill out my online form.